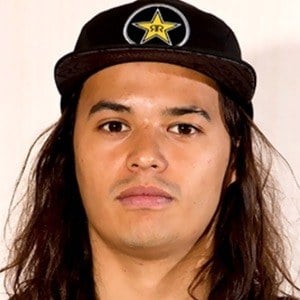 A Colombian professional skateboarder who was named Thrasher magazine's Skater of the Year in 2012.

He was born and raised in Bello, a suburb of Medellin, Colombia.

He has been sponsored by Flip, Volcom, Globe, Ricta, CCS, P2, Mob, and Independent.

His parents raised him in Columbia.

He and Eric Koston have both been named Thrasher Magazine's Skate of the Year.

David Gonzalez Is A Member Of