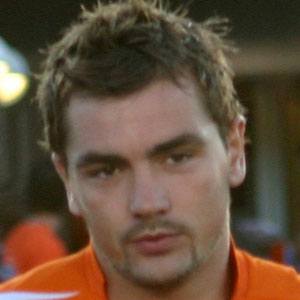 Irish midfielder who broke into the MLS with the Vancouver Whitecaps FC in 2010. He played for FC Tampa Bay and Real Salt Lake before joining the New York Red Bulls in 2013.

He began his professional career with the USL's Syracuse Salty Dogs in 2004.

He was born to Molly and Eli Steele.

Jonny Steele Is A Member Of