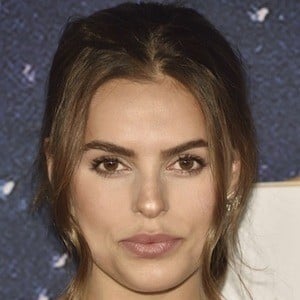 Commercial model who is known for having earned representation from several different modeling agencies including New York Models, NEXT Miami, LA Models, and Louisa Germany. She shares additional modeling and lifestyle photos through Instagram for her over 340,000 followers.

Prior to her modeling career, she attended college attempting a degree in finance. She first started sharing modeling photos through Instagram in May of 2015.

She is known for having modeled for Elle Magazine, Laura Mercier, Covergirl, and Miami Swim Week. She was also featured as a Sports Illustrated Lovely Lady of the Day.

She was born and raised in Baton Rouse, Louisiana and shared a photo with her mother and father through Instagram in February of 2017.

She is known for her acting and was cast in the 2018 feature film Backtrace alongside Sylvester Stallone and Ryan Guzman.

Brooks Nader Is A Member Of