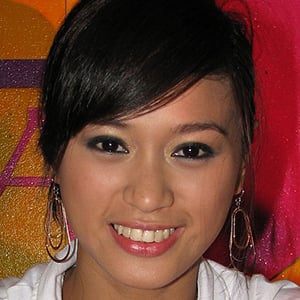 She was cast on the variety show program Eat Bulaga! in 2000.

In 2016, she was cast as Tonette on the ABS-CBN program Tubig at Langis.

She married Joshua Zamora in 2014.

Both she and Rochelle Pangilinan performed as SexBomb Girls.

Jopay Paguia Is A Member Of