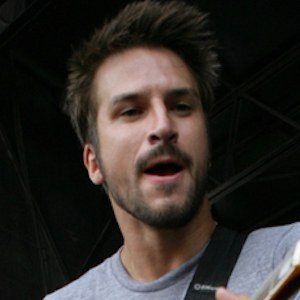 Guitarist who found fame as a member of the American metalcore band Every Time I Die. His band is known for songs like "The New Black," which was featured in the video games MotorStorm and Guitar Hero 2.

He formed Every Time I Die with his brother Keith Buckley and guitarist Andy Williams in 1998.

He is an accomplished visual artist and has designed clothing for his own brand, JBWW.

His father Michael taught at University at Buffalo. He has been married and has a son.

Jordan Buckley Is A Member Of