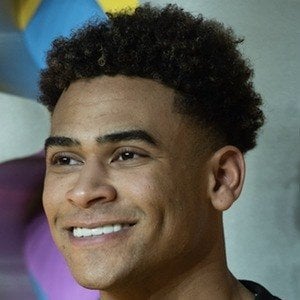 English reality television star who is best recognized for having starred on the fifth season of the competition dating series Love Island. He is also a model who is known for having earned representation from several agencies including Nemesis, BPA, and Brooks.

Prior to his appearance on the show, he worked as a model. He started sharing his modeling based photos through Instagram in September of 2012.

He is known for having worked with David Beckham on an Adidas World Cup campaign during his modeling career.

He was born and raised in Manchester, England and shared a photo with his sister to Instagram in May of 2013.

He is known for having developed a relationship with fellow Love Island contestant Anna Vakili during his run on the show.

Jordan Hames Is A Member Of