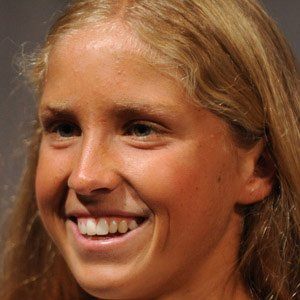 American middle-distance runner who was unanimously selected as the 2008 Girls High School Athlete of the Year.

She began attending the University of Oregon in 2009.

She won the Foot Locker Cross Country Championships twice, in 2005 and 2008.

She and Marion Jones are both internationally recognized American athletes.

Jordan Hasay Is A Member Of