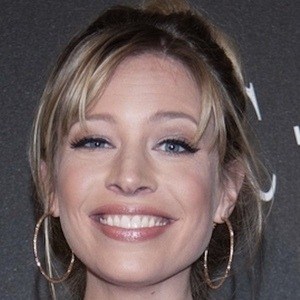 Incredibly successful fashion and lifestyle blogger best known for her site Ramshackle Glam. Since its success, she has written and produced shows like Jordan in the House and Ramshackle Glam for Allure Magazine.

Before she began her blogging career, she earned a degree in cognitive neuroscience from Harvard University before spending several years as an actress and then journalist.

After her domain name was stolen in 2014, she led a successful $30,000 sting alongside the FBI to get her domain name back. She has authored two books titled Ramshackle Glam: The New Mom's Haphazard Guide To (Almost) Having It All and Carrying On: Style, Beauty, Décor (and More) for the Nervous New Mom.

She and her husband Kendrick have a daughter and a son.

Jordan Reid Is A Member Of