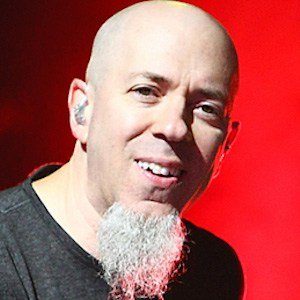 His piano talent was recognized by his second grade teacher and by the age of nine he had entered the Juilliard School of Music Pre-College division. However, as he entered his teens he was increasingly interested in synthesizers and rock music and abandoned his classical training against the advice of his family and tutors.

In 2010, he launched the software company Wizdom Music geared toward creating applications and tools for the enhanced creation of music.

He was raised in a Jewish family in Great Neck, New York.

He has made guest appearances on albums for singers and rock legends like Vinnie Moore, Kip Winger, and David Bowie.

Jordan Rudess Is A Member Of