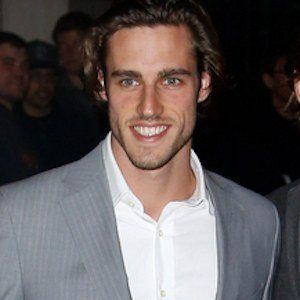 Australian model known for his work with his twin brother, Zac. He and his brother have worked with GQ, Vanity Fair, Ralph Lauren, and Calvin Klein.

He was studying economics at the University of Sydney when he first started modeling.

He was a talented Australian football player and attended college on an athletic scholarship.

Along with his twin brother, he has a brother named Louis and a sister named Zoe. He began dating a model named Asha.

Jordan Stenmark Is A Member Of