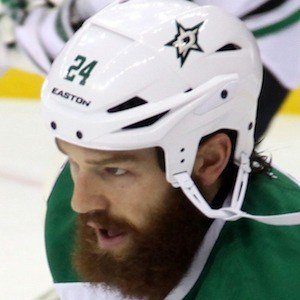 Professional hockey defenseman who signed with the American Hockey League's Texas Stars in 2010. He made his debut with their parent club, the NHL's Dallas Stars, in the 2011-2012 season.

He played his junior hockey with the Victoria Grizzlies of the BCHL, scoring 114 points over four years.

His younger brother is NHL star Jamie Benn. Jordie is an abbreviation of his middle name; his first name is Phillip.

His first career NHL point was an assist on a goal by Loui Eriksson. His brother Jamie also had an assist on the play.

Jordie Benn Is A Member Of