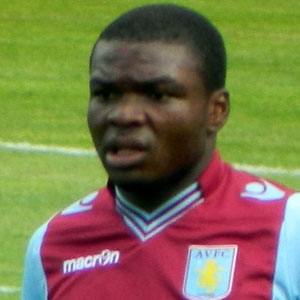 Soccer player from Ivory Coast who has gained attention as a membe Premiere League teams like Aston Villa. He has competed for the Danish national team at tournaments like the UEFA Euro 2012.

His full name is Tetchi Jores Charlemagne Ulrich Okore. His family moved from Ivory Coast to Denmark when he was three years old.

He has been teammates with Darren Bent at Aston Villa.

Jores Okore Is A Member Of