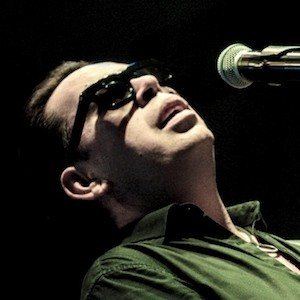 World music singer who formed the Mexican band Matute that pays tribute to the music of the 1980s. He has 180,000 followers on his jorgedalessio Instagram account.

The band was formed in 2007. Their first show had an audience of 14 people.

He became the producer of Aladdin, The Musical in 2011.

He married Marichelo Puente in 2011. His parents are Lupita D'Alessio and Jorge Vargas. He has two brothers named César and Ernesto.

His band's music is heavily inspired by artists like Madonna.

Jorge D'Alessio Is A Member Of