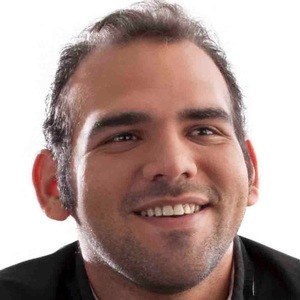 Pop singer who is a member of the C4 Trío. He released his second solo album in 2009 at the La Siembra del Cuatro International Competition.

He started studying music at 6 and won Best Musical Group at the Llanera El Silbón de Oro Music Festival in 2004.

He took part in the 2nd Cuatro Encuentro at the Conservatory of Music of Puerto Rico in 2008. He has over 80,000 followers on his Instagram account.

He considers Juan de Seward to be his brother.

He and Germaine are both pop singers from Venezuela.

Jorge Glem Is A Member Of