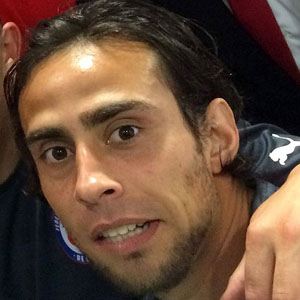 Midfielder who began his second stint with Palmeiras in 2010 and became a member of the Chilean national team in 2004.

He debuted professionally for C.D. Universidad de Concepcion in 2003.

He was born in Maracay, Venezuela to Chilean parents. His full name is Jorge Luis Valdivia Toro. His parents' names are Luis and Elizabeth. He married Chilean model Daniela Aránguiz and they have two children together.

He and Kevin Harbottle became teammates on the Chilean national team.

Jorge Valdivia Is A Member Of