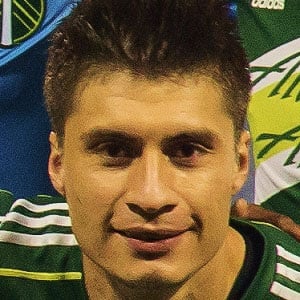 American midfielder who began his MLS career with Chivas USA in 2007. After six years with the team, he joined the Portland Timbers in 2014.

He was born to Roberto Flores and Luisa Villafana.

He was joined by Carlos Bocanegra on Chivas USA in 2013.

Jorge Villafana Is A Member Of