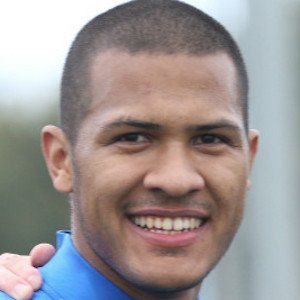 Professional striker known for playing for the West Bromwich Albion football club. He is also well recognized as a member of the Venezuelan national team.

He began his youth soccer career in 1996 playing for San José de Calasanz. After a brief time with Deportivo Gulima, he graduated to the Aragua football club where he would make his senior debut.

Before joining West Bromwich Albion, he spent much of his career playing for football clubs in Spain and Russia.

He was named after his father, José Rafael Rondón. His mother is Maitana Giménez.

In December 2015, both he and teammate James McClean were dismissed from the football pitch in a game against Bournemouth.

José Salomón Rondón Is A Member Of