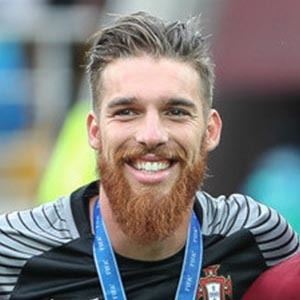 He started his youth career playing for the Palmeiras Braga club during the 2002 season. After training with several clubs including Merelinense, Benfica, and Maritimo, he started his senior career playing on the Maritimo B team. In 2012, he joined the Portuguese Under 20 national team.

He is known for having won the UEFA European Under 21 Championship: Team of the Tournament award during the 2015 season as part of the Portuguese national team.

He was born and raised in Braga, Portugal.

Rui Patricio is a fellow professional goalkeeper who is also known for having played on several of the Portuguese youth national teams.

José Sá Is A Member Of