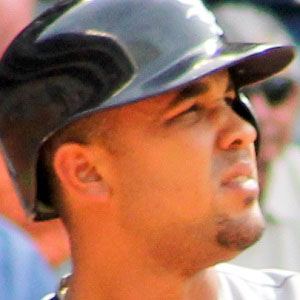 Cuban baseball player who defected from his home country in 2013 to pursue a career in the MLB. He began his MLB career with the Chicago White Sox and instantly became the team's offensive leader. He was named the 2020 American League MVP.

He burst onto the international baseball scene with a huge performance in the 2009 World Baseball Classic.

He became known as the Cuban Babe Ruth, due to his prowess at the bat.

He was born and raised in Cienfuegos, Cuba.

He followed the path of his hometown friend, outfielder Yasiel Puig, who made his MLB debut in 2013.

José Abreu Is A Member Of