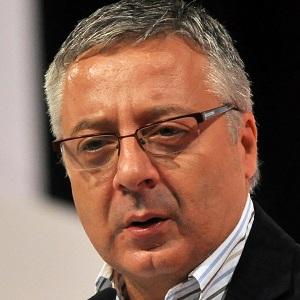 After serving as a member of Spain's Congress of Deputies, this Spanish Socialist Workers' Party politician held office as Minister of Public Works and Transport.

In the mid-1980s, before representing the Lugo Province constituency in Congress, he served in the Spanish Senate.

He is commonly known by the nickname of "Pepe Blanco."

Following their 1999 wedding, he and his wife Ana Mourenza welcomed two children.

In late 2011, Spanish Prime Minister Mariano Rajoy presented Lopez with the Grand Cross of the Order of Carlos III.

José Blanco López Is A Member Of