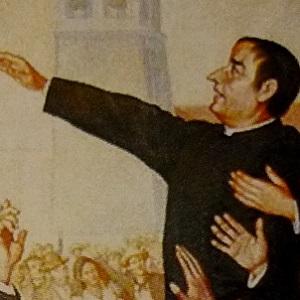 Salvadoran independence leader often called "El Padre de la Patria Salvadoreña." He served as president of the Central American Congress from 1821 to 1823 and also worked as both a physician and a religious leader.

He attended Tridentino Seminary in Guatemala and became a priest before returning to El Salvador and becoming the vicar of San Salvador.

He bought the first printing press in El Salvador and began publishing the first newspaper, El Semanario Político Mercanti, in 1824.

He, his nephew, and his two brothers were all involved in the Salvadoran independence movement.

Gerardo Barrios served as President of El Salvador from 1859 to 1863.

José Matías Delgado Is A Member Of