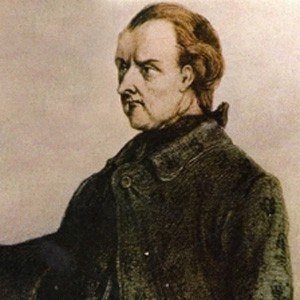 He was one of the first leaders of Paraguay after it became independent from Spain, serving twice once for a year, and once for 26 years.

He was a philosophy professor before becoming a political leader.

He became sole consul of Paraguay in 1814, which gave him absolute power and was then, two years later, given absolute control for the rest of his life.

He did not believe that Spaniards should marry each other, so it was banned; but he did have at least seven illegitimate children.

His nephew, Carlos Antonio López became the first President of Paraguay, as did Carlos's son, Francisco.

José Gaspar Rodríguez de Francia Is A Member Of