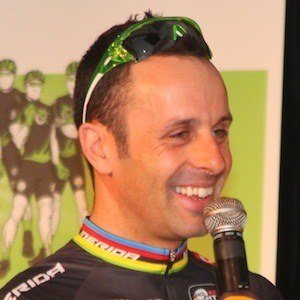 Cyclist who won silver at the 2004 Summer Olympics in Athens. He came in fourth at 2000 Olympics in Sydney. He has more than 140,000 followers on his josehermida Instagram account.

His first major career win was in third at Houffalize, Mountainbike in 2000.

He won gold at the 2010 Mont Sainte-Anne World Championships.

He and Clara Hughes are both Olympic cyclists.

José Antonio Hermida Is A Member Of