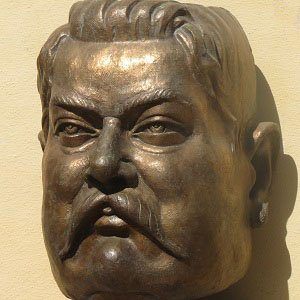 Notable for his satirical prints and engravings, this late 19th-century Mexican artist is best known for a series featuring images of calaveras (the skulls typically associated with The Day of the Dead).

When he was still in his teens, he was hired as a political cartoonist for a newspaper called El Jicote.

In the late 1880s, he moved to Mexico City and worked for a publication titled La Patria Ilustrada.

A native of Aguascalientes, Mexico, he grew up with an older brother named Cirilo. He later settled in Leon, Guanajuato, Mexico with his wife, Maria de Jesus Vela.

His work influenced that of his acquaintance and fellow Mexican artist Jose Orozco (Jose Clemente Orozco).

Jose Guadalupe Posada Is A Member Of