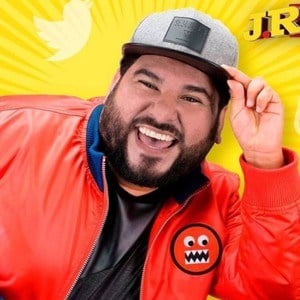 Nicaraguan YouTube comedian who is famous for the characters he has created like La Chelona, ​​Agapito Díaz, and La mama Moncha, among others. His channel has 2.6 million subscribers and 606 million overall views.

His first YouTube video was uploaded on January 5, 2012, and was a sketch called "Spot From Siren Pica Pica."

He was the first Nicaraguan to receive a plaque of recognition from YouTube.

His real name is José Ramón Quintanilla. He and his wife Ingrid Lazo have three children together named Alexandra, Ingram and Diego.

JR INN Is A Member Of