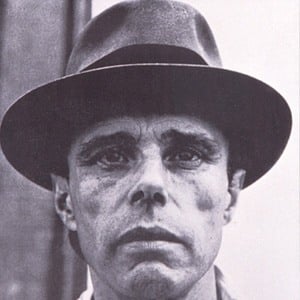 Fluxus, happening, and performance artist whose work acted as socio-political commentary and explored humanist themes. He was known for "Homogenous Infiltration for Piano" from 1966 and his anti-Ronald Reagan song, "Sonne statt Reagan," from 1982.

He attended the Dusseldorf Academy of Fine Arts during the 1940s. He was a Luftwaffe volunteer in 1941 and trained as an aircraft radio operator with Heinz Sielmann.

His father was a merchant in Krefeld. He and his siblings were members of the Hitler Youth during the 1930s.

Joseph Beuys Is A Member Of