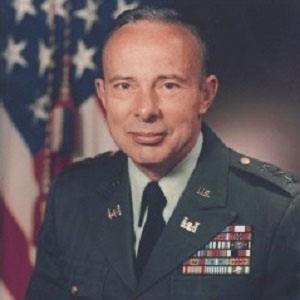 For his service in the Korean and Vietnam Wars, this United States Army engineer and Lieutenant General received (among other honors) two Bronze Stars; a four-star Vietnam service medal; and a Defense Distinguished Service Medal.

During the late 1970s, he served as the United States Department of Energy's Director of Military Applications.

His marriage to Louise Bratton resulted in sons named John, Joseph Jr., and James and daughters named Mari and Anne.

He and fellow Minnesota-born military man Edwin Rawlings were both recipients of the Distinguished Service Medal.

Joseph Bratton Is A Member Of