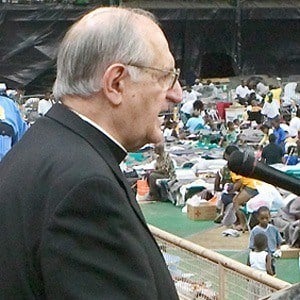 American prelate of the Catholic Church who served as the first Archbishop of Galveston-Houston from 1985 to 2006.

He was both captain of the football team and senior class president in high school.

He was known for stonewalling investigations into sexual abuse allegations against the Church.

He was appointed the fourth Bishop of San Angelo by Pope John Paul II in 1979.

Joseph Fiorenza Is A Member Of