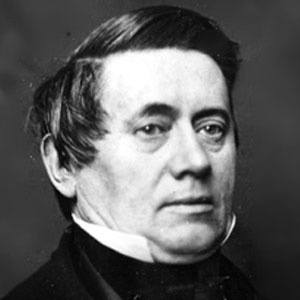 Pioneering electrical engineer who discovered the electrical properties that formed the basis for the telegraph machines. The SI unit of inductance, the henry, is named after him.

As a child he wanted to become a professional actor.

He used his research of electrical properties to become the inventory of the electric doorbell.

He had four children, who were named William, Mary Anna, Helen and Caroline.

He discovered electrical induction at the same time as Michael Faraday, but he published his results first.

Joseph Henry Is A Member Of