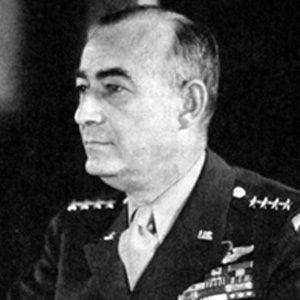 He graduated from West Point in 1915 and began his flight training the following year.

He retired from a long and distinguished military career and went on to hold executive posts with several defense-related corporations.

He grew up in Emporium, Pennsylvania.

He and Dwight D. Eisenhower were members of the same United States Military Academy class.

Joseph T. McNarney Is A Member Of