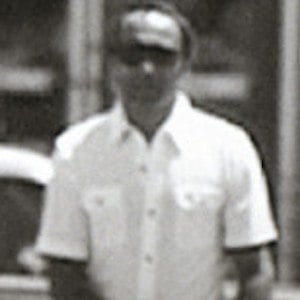 Known for his nearly thirty-year-long career with the FBI, this legendary secret agent successfully infiltrated both the Bonanno and Colombo New York Mafia families. He was one of the first FBI agents to participate in lengthy undercover assignments.

After studying primary school education at Paterson State College in New Jersey, he briefly worked as a teacher before working for the Office of Naval Intelligence, and later, the Federal Bureau of Investigation (FBI).

Evidence he collected during his five-year undercover assignment resulted in the convictions of more than one hundred members of the Mafia.

Though born in Erie, Pennsylvania, he grew up primarily in Paterson, New Jersey. A member of a Sicilian-American family, he met numerous members of the Mafia during his childhood and so was in a unique position to fully understand the inner workings of the Mafia system and successfully impersonate someone belonging to this world.

In a 1997 film based on Pistone's 1998 memoir Donnie Brasco: My Undercover Life in the Mafia, actor Johnny Depp portrayed Pistone (Brasco).

Joseph D Pistone Is A Member Of