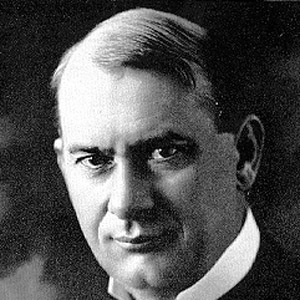 Remembered for developing much of the doctrine and organizational and educational protocol of the Jehovah's Witnesses religious group, this religious leader, lawyer, and author served as president of the Watch Tower Bible and Tract Society of Pennsylvania.

After paying his own way through law school and interning for a judge, he became a prosecutor in Boonville, Missouri and, later, a Missouri Circuit Court judge.

His bestselling book, The Finished Mystery, challenged the authority of government and traditional religious institutions and earned him an Espionage Act of 1917 charge.

He grew up in a Missouri Baptist family of farmers. His marriage to Mary Malcolm Fetzer resulted in a son named Malcolm.

Joseph Franklin Rutherford Is A Member Of