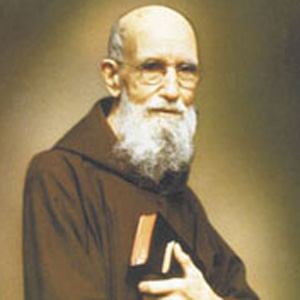 Catholic brother who helped the poor in Brooklyn and Detroit.

After leaving the family farm, he became a lumberjack, orderly, prison guard, and street car operator.

Despite a disease he had while he was young, which wreaked havoc on his voice, his work as a priest made him a candidate for sainthood.

He had fifteen siblings.

In 1995, Pope John Paul II declared him to be venerable.

Solanus Casey Is A Member Of