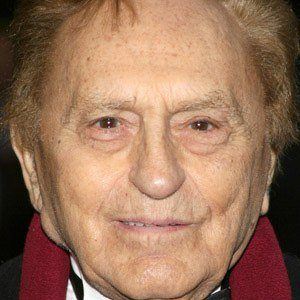 Playwright who wrote the musicals Fiddler on the Roof and Zorba, which is about a young American inheriting an abandoned mine on Crete.

He was part of the writing team for Your Show of Shows with Mel Brooks.

He wrote the play Zorba, which starred Antonio Banderas.

Joseph Stein Is A Member Of