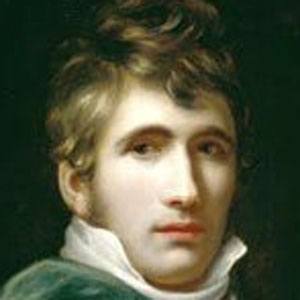 German painter who is known for creating Neoclassical portraits and was the royal court painter of the Bavarian kings from 1820 until 1855.

He received artistic training from his father at a young age and attended the Academy of Fine Arts Vienna from 1802 until 1805.

His 1820 portrait of Ludwig van Beethoven has become one of the most well known portraits of the composer.

His son, Karl became a writer.

He worked with a student of Jacques-Louis David during his artistic training.

Joseph Karl Stieler Is A Member Of