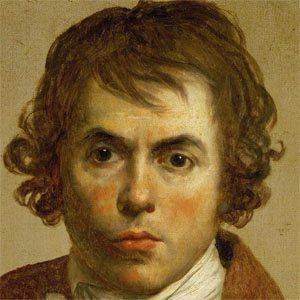 Important French Neoclassical painter whose most famous works included "Oath of the Horatii" from 1784 and "The Death of Marat" from 1793.

He was a student at the Royal Academy and desperately wanted to attend the French Academy in Rome. He competed for the art scholarship Prix de Rome five times, but failed to secure it each time.

His masterpiece painting 'The Death of Marat' depicted the assassination of his famous friend Jean-Paul Marat by Charlotte Corday who was later guillotined for the crime.

He was born into a wealthy Parisian family and was raised by his uncles after his father died from injuries sustained during a duel. He died in the Netherlands after he was hit by a carriage.

He supported the French Revolution and was a personal friend of revolutionary politician Maximilien de Robespierre.

Jacques-Louis David Is A Member Of