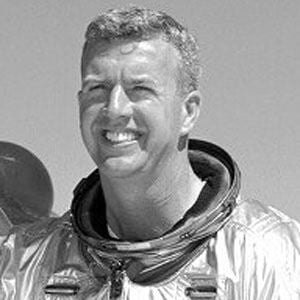 NASA member, second pilot to fly an X-15, and the first American civilian to make a spaceflight. In 1991, he was inducted into the Aerospace Walk of Honor, and he received his astronaut's wings in 2005.

In 1942, he graduated with a degree in physics from Washington and Jefferson College.

For his service in World War II, he won the Distinguished Flying Cross and the Air Medal.

He was born in Washington, Pennsylvania.

He was the first test pilot of the Bell Lunar Landing Research Vehicle, which would be later used by Neil Armstrong to prepare for landing on the moon.

Joseph A. Walker Is A Member Of