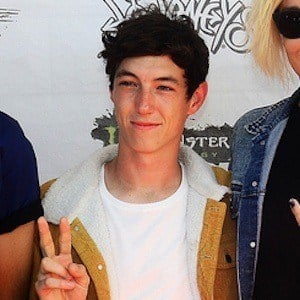 Drummer for the Australian band With Confidence that released EPs called Youth and Distance before putting out a studio album called Better Weather.

He, Jayden Seeley, and Samuel Haynes all attended high school together. They formed With Confidence in 2012.

He and With Confidence signed with Hopeless Records in 2016.

He has a brother. The band originated out of Sydney, New South Wales, Australia.

With Confidence opened for Josh Franceschi's band You Me at Six during a tour in 2014.

Josh Brozzesi Is A Member Of