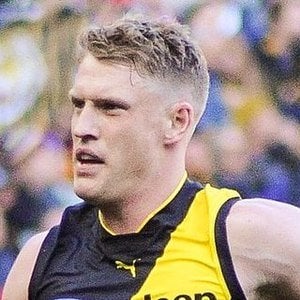 Professional Australian rules footballer who began playing for the Geelong Cats in 2013.

He started his professional career in 2010 when he was drafted by the Gold Coast.

His fans show their support on his Instagram where he has attracted over 30,000 followers.

He comes from a family of footballers as his grandfather, John Reeves, and uncle, Michael Reeves, were both players.

He played for Geelong with teammate Andrew Mackie.

Josh Caddy Is A Member Of