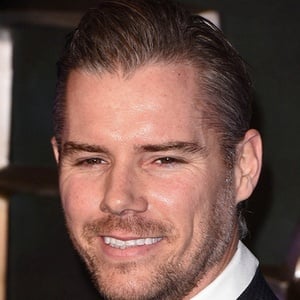 Widely known for his breakthrough role in the 2016 film Fantastic Beasts and Where to Find Them as Senator Henry Shaw. Prior to this breakthrough, he had appeared in bit parts across film and TV, including on the USA series Legends in 2014.

He graduated from the University of Arkansas with a degree in marketing management, with minors in acting and psychology. He then moved to Los Angeles to pursue his acting career in 2006.

In 2012, he made an appearance in The Avengers. He subsequently crossed that character over into the Marvel Cinematic Universe television series Agents of S.H.I.E.L.D. in 2013.

He was originally born and raised in Little Rock, Arkansas.

He met fellow film actor Wes Bentley while in high school, and has remained best friends with him since.

Josh Cowdery Is A Member Of