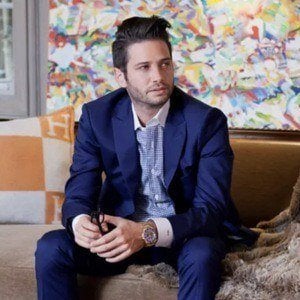 Real estate agent who found fame as a contestant on the Bravo reality series Million Dollar Listing Los Angeles. He has been featured on Forbes' 30 Under 30 list and has appeared on television shows like The Today Show and Good Morning America.

He was born in Los Angeles and began working as a real estate agent at age eighteen, shortly after graduating from Beverly Hills High School.

He is the author of the books A Simple Girl: Stories My Grandmother Told Me, released in 2009, and Million Dollar Agent: Brokering the Dream, released in 2011.

He is openly gay; in 2008 he dated interior designer Colton Thorn. He married Bobby Boyd in September 2017. His grandmother is respected fashion designer Edith Flagg.

He has sold homes to notable celebrities like Maroon 5's Adam Levine.

Josh Flagg Is A Member Of