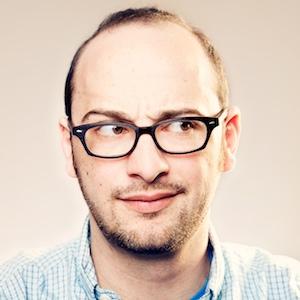 Writer and comedian who has performed at such events as the Rooftop Comedy Festival in Aspen, Colorado and the Laugh Your Asheville Off Festival in Asheville, North Carolina.

He won first place at the first ever Laughing Skull Comedy Festival in Atlanta, Georgia in 2010.

He has appeared on the TV shows Attack of the Show on G4 and Rooftop on the Road on MavTV.

He was born in Boston, Massachusetts and he moved to New York City for his career as a comedian.

He became a web producer on the series Last Week Tonight with John Oliver in 2014.

Josh Gondelman Is A Member Of