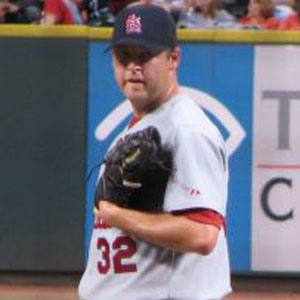 He died in an automobile accident in St. Louis in 2007.

He was raised with a sister named Katie Hancock.

In 2006 and 2007, he played alongside All-Star first baseman Albert Pujols.

Josh Hancock Is A Member Of