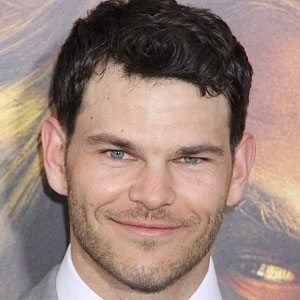 Australian actor who played the role of Denni Maitland in the television show Home and Away in 2007. He portrayed the character Slit in the 2015 blockbuster Mad Max: Fury Road.

He had one of his first roles as PFC Lew 'Chuckler' Juergens in the television show, The Pacific, in 2005.

He appeared in the 2010 film Animal Kingdom, which was an official selection of the Sundance Film Festival.

He grew up with family in Adelaide, South Australia. In 2014, he began dating Jennifer Alcott.

He played the role of Jeb Oliver alongside Tom Cruise in the 2012 film Jack Reacher.