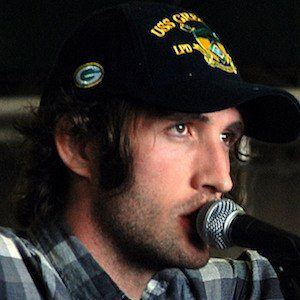 American singer best known as the frontman for the Southern rock-pop band Green River Ordinance. He and the band broke out in 2009 with the release of their major label debut, Out of My Hands.

He met bassist Geoff Ice and guitarist Jamey Ice while in high school.

He co-created the charity website HopeGROs.com, which lets fans donate to various charities in exchange for music.

He married a woman named Julie.

His band has toured with American Idol winner David Cook.

Josh Jenkins Is A Member Of