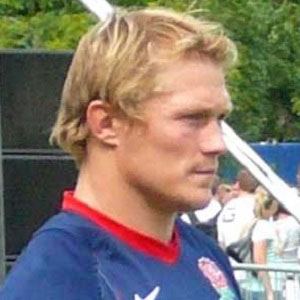 Former rugby union footballer who led England to its first Rugby World Cup title in 2003. He played for the London Wasps from 1998 to 2009 before coming out of retirement to play for the team again in 2011.

He grew up in Watford, Hertfordshire and played for the Amersham and Chiltern Rugby Football Club.

Following his retirement from rugby, he attempted a mountain climbing career and nearly made it to the top of Mount Everest.

He married a woman named Vanessa.

Josh Lewsey Is A Member Of