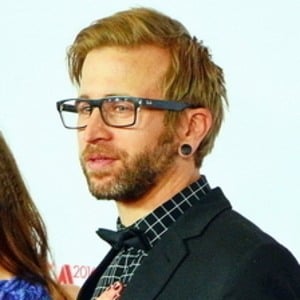 Singer who became known as a member of the electronic group The Glitch Mob. They are best known for their album Love Death Immortality, which debuted at number one on the Billboard Dance/Electronic Songs chart.

He and Glitch Mob formed in 2006 as a five-piece band.

Their debut album Drink the Sea peaked at 57 on the CMJ Top 200 Chart for College Radio.

He's based in Los Angeles, California where he and Glitch Mob also formed.

He and Glitch Mob did a remix of Bassnectar's hit "Heads Up."

Josh Mayer Is A Member Of