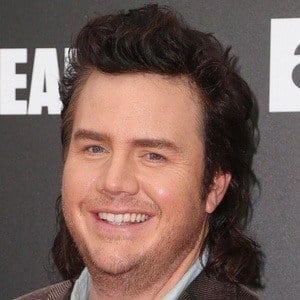 He would call in with different voices to the Tim and Willy show in Phoenix to entertain audiences as well as Tim and Willy themselves. He would eventually become a producer on their show.

He starred as Brandon on the show Retired at 35 during its two-year run on TV Land.

He had five siblings growing up in Phoenix and later moved to Los Angeles.

Lauren Cohan was one of the remaining regular characters in the fourth season of The Walking Dead when he joined the cast.

Josh McDermitt Is A Member Of