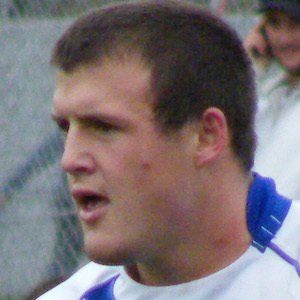 Australian winger was named National Rugby League Player of the Year in 2012 and has played for the Canterbury-Bankstown Bulldogs.

He started his professional rugby career with St. George Illawarra at age 21.

He began playing with the Canterbury-Bankstown Bulldogs in 2009.

He grew up with his twin brother named Brett, also a rugby player. Their dad was former St George Dragons player Steve Morris.

He was teammates with David Pocock on Australia's national team from 2009 to 2011.

Josh Morris Is A Member Of