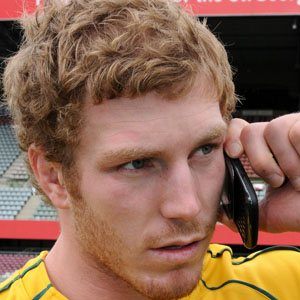 Australian rugby union player who became a star while playing for the Brumbies and on Australia's national team.

He played youth rugby for the Anglican Church Grammar School.

He was nominated for his second straight IRB International Player of the Year award in 2011.

He grew up with two brothers, Mike and Steve.

He joined Quade Cooper on the Australian national team in 2008.

David Pocock Is A Member Of